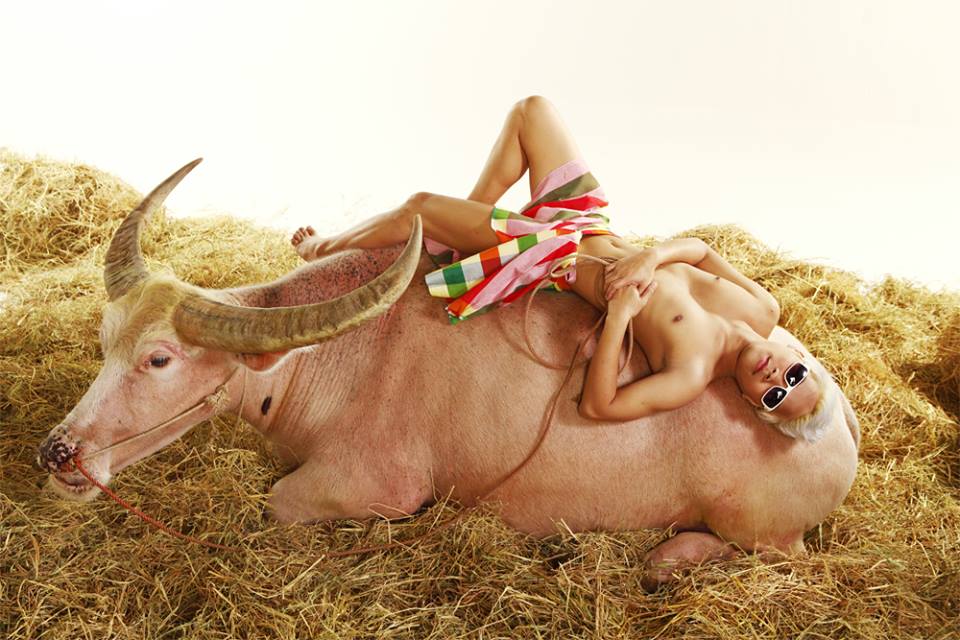 Maitree Siriboon was born in 1983 Ubon Ratchatanee province in the Northeastern part of Thailand (“Isaan”).  He moved to Bangkok at the age of fifteen to study, first at the College of Fine Art and later at Silpakorn University where he received his Bachelor’s Degree in Fine Art.  Maitree is a recipient of numerous national awards, among them “The Bangkok Bank Art Award” in 2006, and the painting award,” Sixty Years of Happiness Under His Most Benevolent and Majestic Rule” in 2005. His art has been featured in Art Asia Pacific News 2008, Asia Art News 2009, and Contemporary magazine 2007