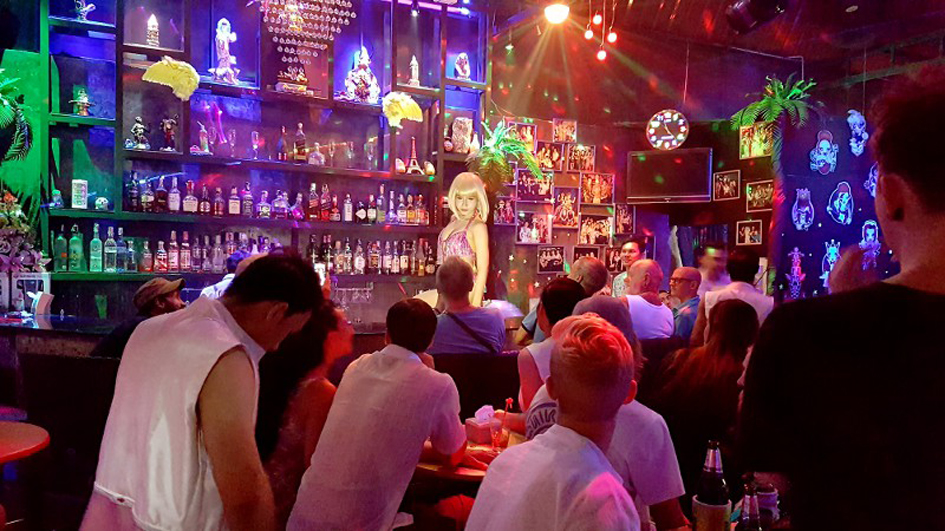 Chiang Mai – the rise and rise of Soi 6

It’s just over a year since Ram bar moved into its new custom built venue on Chiang Mai’s Charoen Prathet Soi 6, and what a fabulously successful year it has been.  Gay Soi 6 (Note: Soi means alley or side street in Thai) has now become Chiang Mai’s de facto gay street and is steadily growing in popularity.  After Ram bar opened there, an Old Chiang Mai favourite Secrets Bar also developed its own purpose built new bar right next door to Ram.  Meanwhile, a short walk up the soi in the Kalare Night Bazaar complex, Orion Bar has been joined by Pan Dee Bar meaning there are now four exciting gay bars around the soi making this the place for visitors to head out to for a night of fun in Chiang Mai. Ram Bar (www.rambarchiangmai.com ) celebrated the first year in their new location in August with a lavish party and show.  Over the first year their stunning cabaret show, performed by Secret Cabaret, has become an accomplished attraction for visitors to gay Chiang Mai and the bar is often packed full for the performances.  This has resulted in an expansion in the number of performances to six nights per week from Monday through Saturday.   The format has also been expanded into two acts starting at 10 pm and ending at 11:30 pm, with a short interval between the two acts so you can order drinks to last the whole evening.  The first act features modern Thai cultural themed numbers whereas after the intermission come the famous feathers and sequins performances by the talented guys and girls, to round off the evening. The handsome Khun Wat, a native of Buriram (hence the bar’s name), is the owner and inspiration behind Ram Bar, which he has developed into Chiang Mai’s friendliest and most popular gay bar.  One of Ram Bar’s lures are the genial, and very good looking staff who are ever sociable and always ready to chat and entertain the customers.  Also available now is a menu of light bar snacks, which make a great accompaniment to their cocktails. Secrets Bar (www.secretsbarcnx.com ) is located immediately next door to Ram Bar and is one of the longest established gay bars in Chiang Mai having started out in the original night bazaar area almost ten years ago.  After a couple of moves to different locations Secrets Bar opened at its new purposely built structure in October 2015.  The new spacious facility has been upgraded with air conditioning, smart decor and spotlessly clean toilets.  Secrets Bar has proved to be even more popular since the move.

Run by the outgoing Khun Oh, Secrets Bar is both a place to enjoy a drink with friends, play pool with the locals and make new acquaintances.  With a time-honoured reputation and modest drink prices it is a discreet and safe place for members of the LGBT community to meet and enjoy a fun evening socialising with some of Chiang Mai’s more appealing young men.  Being more laid back than the glitzy show bar next door, Secrets provides a perfect complement to Ram bar which together make for a great night of fun and entertainment.

Further up Soi 6 is Orion Bar, another fun venue located just off the main Soi in the Kalare night Bazaar complex.  This setting provides not only a range of bars but also other tourist attractions such as souvenir shops, restaurants, a food court and several custom tailors.  Already open for several years Orion bar is the mastermind of the ever smiling Khun Mai who, with his band of cute young friends, will ensure you are entertained with games of pool or other bar games.  Also newly opened in the Kalare Night Bazaar is Pan Dee bar which adds a further breadth of choice to the scene. The Night Bazaar was for many years the historical centre of the gay scene in Chiang Mai with many bars clustered together, originally under the main night bazaar building in an area known as the Snake Pit back in the nineties.  Then there were the bars at “The Peak” an area next to the D2 Hotel, and also in the alley behind the D2 Hotel.  After these areas closed the bars moved to an area behind the night bazaar building before moving away completely in March 2014.  Since then, the night bazaar building has declined as a retail handicrafts centre and a number of bars have opened on its upper floors, among these is the very gay Ozeed bar run by the loud and extrovert Khun Jeep.

Charoen Prathet Soi 6 is located off the opposite side of Chang Klan road from the old night bazaar building and more or less opposite Le Meridien Hotel.  The area is easy to spot from the landmark of the Porn Ping hotel which is behind the Kalare Night bazaar and adjacent to Soi 6.  Or, if coming from Charoen Prathet Road, Soi 6 is opposite the entrance to the Diamond Hotel.  The night bazaar area is the centre of Chiang Mai’s tourist district so as well as gay bars there are lots of other bars, restaurants of all styles, and coffee shops to visit.  There are also a plethora of good tourist hotels as well as guest houses around this part of town which is close to China town, the historic Thapae Gate and the ping river. If you fancy a drink or something to eat before the show there is also the brand new De Eva Pub and Restaurant downstairs which represents a major remodelling of the old Metro Bar.  Alternatively, right across the road is the Garden Bar and restaurant of the Lotus Hotel, Chiang Mai’s oldest and only gay hotel.  The Lotus with its Lanna Style décor and opulently appointed rooms is a great place to stay if you want to visit Adam’s Apple Club.

Alternatively, if you want gay accommodation closer to the night bazaar and Gay Soi 6 consider Club One Seven (www.clubonesevenchiangmai.com ) located a little out of town, also on Charoen Prathet Road.  Club One Seven is a luxury guest house and gay Sauna facility in an antique teakwood building right on the banks of the ping river. Guest house and riverside terrace at Club one Seven For more information about the gay scene in Chiang Mai, check out our map and gay listings which show all the gay venues including saunas, bars, restaurants, clubs, massage shops and guest houses.  For more news about the Chiang Mai gay scene and a calendar of upcoming events visit www.gayinchiangmai.com